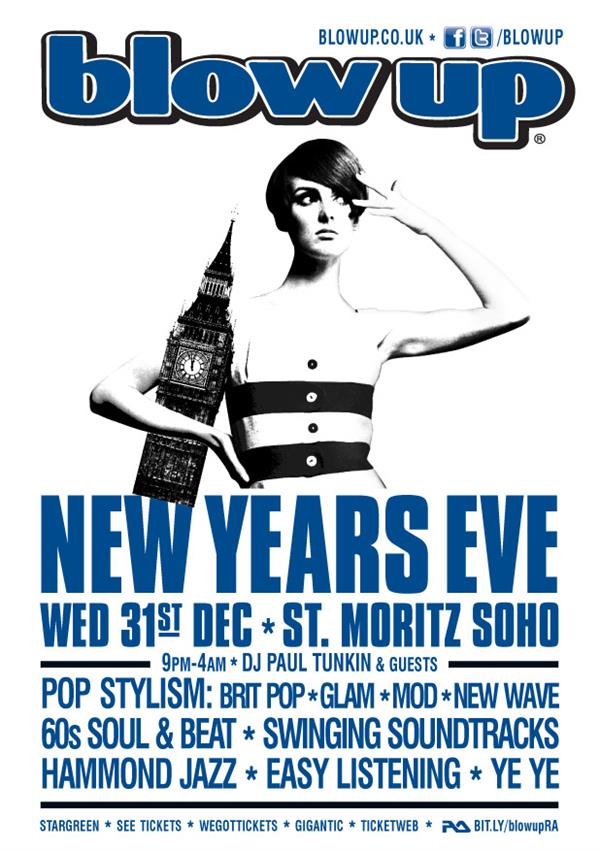 Blow Up is back in Soho for New Year’s Eve at the legendary St. Moritz Club!

The basement club is one of the last ‘original’ venues in the West End, virtually unchanged since the 60s. Blow Up will toasting in 2015 at the venue as well as kicking off a Friday night residency here a couple of weeks later in January (Opening Night Friday 9th) through to February.