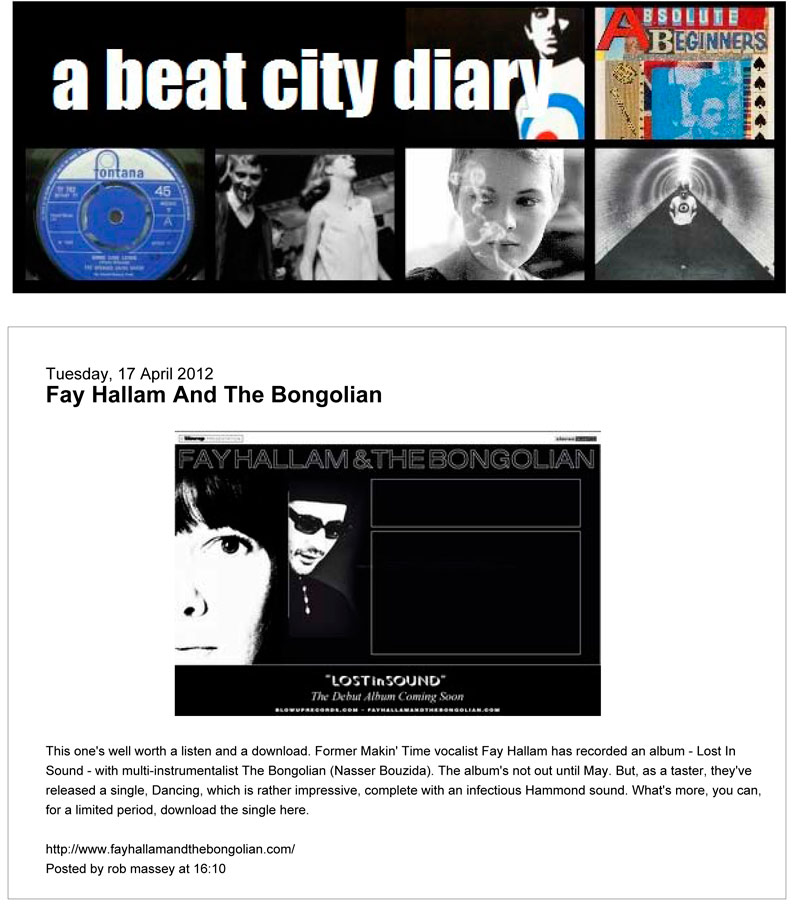 This one’s well worth a listen and a download. Former Makin’ Time vocalist Fay Hallam has recorded an album – Lost In Sound – with multi-instrumentalist The Bongolian (Nasser Bouzida). The album’s not out until May. But, as a taster, they’ve released a single, Dancing, which is rather impressive, complete with an infectious Hammond sound.