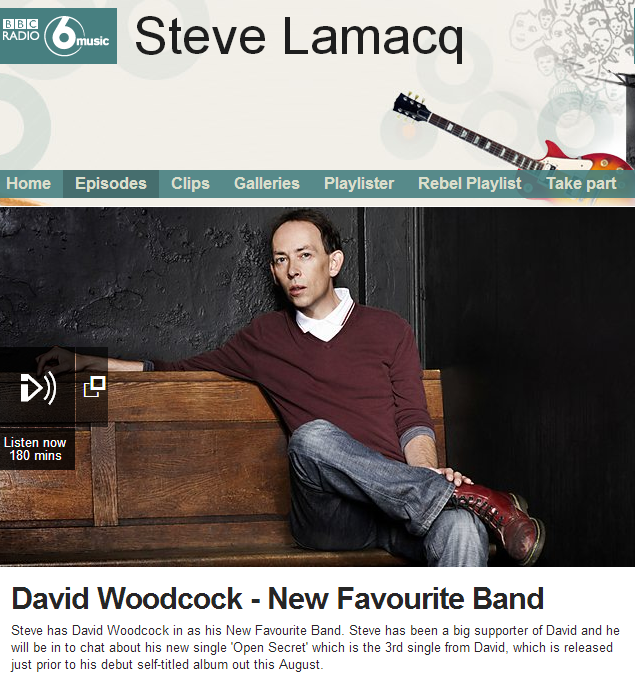 Steve has David Woodcock in as his New Favourite Band. Steve has been a big supporter of David and he will be in to chat about his new single ‘Open Secret’ which is the 3rd single from David, which is released just prior to his debut self-titled album out this August.