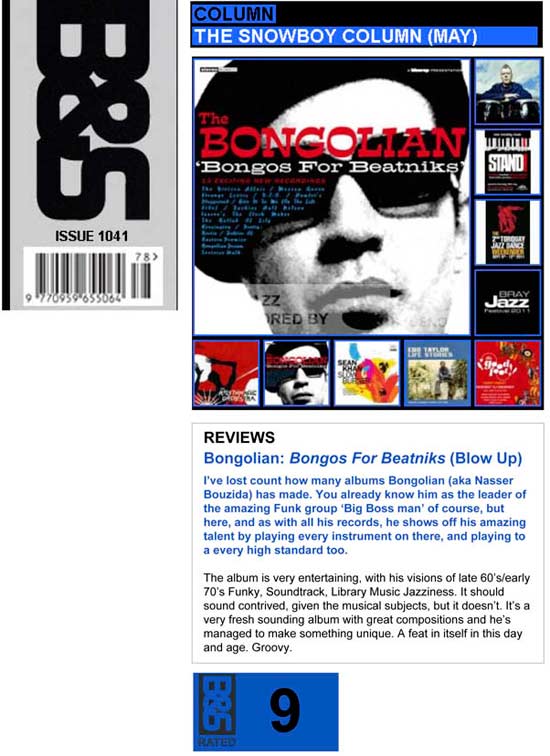 I’ve lost count how many albums Bongolian (aka Nasser Bouzida) has made. You already know him as the leader of the amazing Funk group ‘Big Boss man’ of course, but here, and as with all his records, he shows off his amazing talent by playing every instrument on there, and playing to a every high standard too.
The album is very entertaining, with his visions of late 60’s/early 70’s Funky,  Soundtrack, Library Music Jazziness. It should sound contrived, given the musical subjects, but it doesn’t. It’s a very fresh sounding album with great compositions and he’s managed to make something unique. A feat in itself in this day and age. Groovy.
9/10