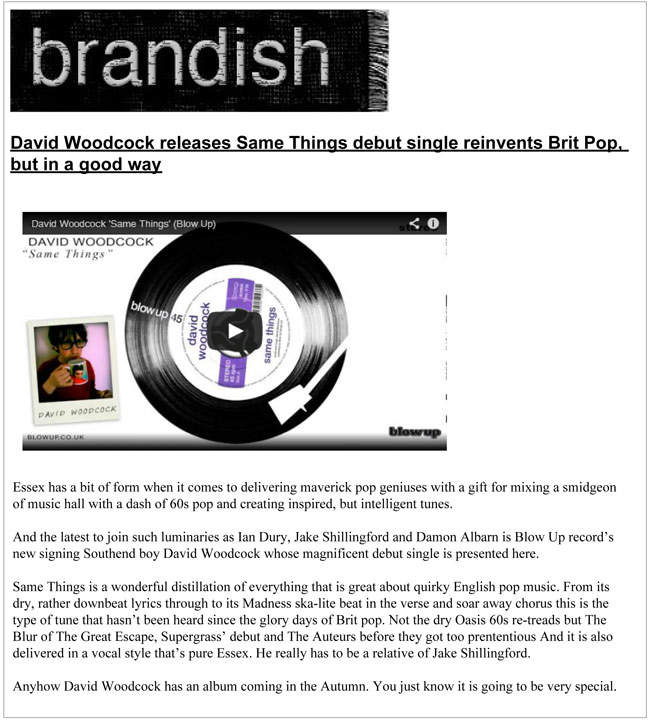 Essex has a bit of form when it comes to delivering maverick pop geniuses with a gift for mixing a smidgeon of music hall with a dash of 60s pop and creating inspired, but intelligent tunes. And the latest to join such luminaries as Ian Dury, Jake Shillingford and Damon Albarn is Blow Up record’s new signing Southend boy David Woodcock whose magnificent debut single is presented here. Same Things is a wonderful distillation of everything that is great about quirky English pop music. From its dry, rather downbeat lyrics through to its Madness ska-lite beat in the verse and soar away chorus this is the type of tune that hasn’t been heard since the glory days of Brit pop. Not the dry Oasis 60s re-treads but The Blur of The Great Escape, Supergrass’ debut and The Auteurs before they got too prententious And it is also delivered in a vocal style that’s pure Essex. He really has to be a relative of Jake Shillingford. Anyhow David Woodcock has an album coming in the Autumn. You just know it is going to be very special.