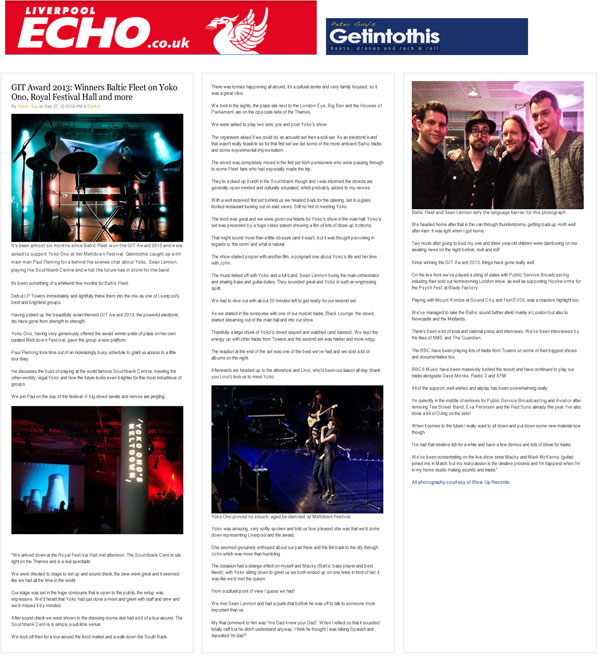 Media title : Liverpool Echo 'Get Into This'

It’s been almost six months since Baltic Fleet won the GIT Award 2013 and were asked to support Yoko Ono at her Meltdown Festival. Getintothis caught up with main man Paul Fleming for a behind the scenes chat about Yoko, Sean Lennon, playing the Southbank Centre and what the future has in store for the band.