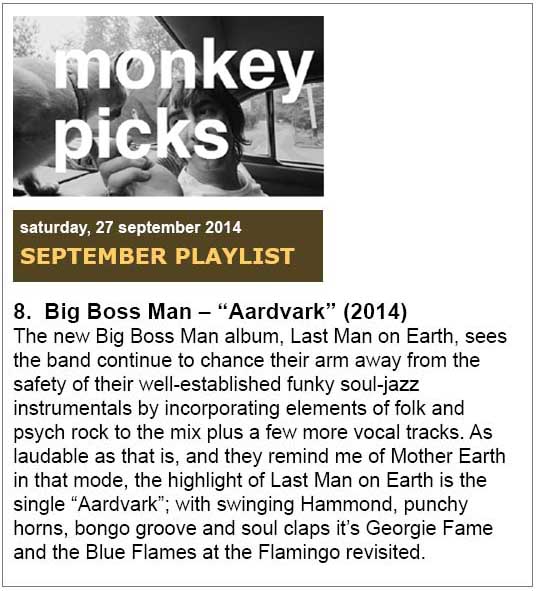 Mod-funk/psych-fuzz sixties throwbacks Big Boss Man will be back with a full album this year and by way of a taster they’ve released the swinging Blue Note stomp of Aardvark to burrow its way into your consciousness. It’s an insistent little hammond-driven crittur featuring some veryun-fuzz guitar from Trev ‘Call me Grant Green’ Harding and a surprisingly brief bongo solo from Nasser ‘Who’s Michael Viner?’ Bouzida. Des and Hawk lay down a thumping swingbeat/ bass rhythm combo of course but nobody’s claiming the New Orleans horn section. It’s definitely on there though. I can hear it.