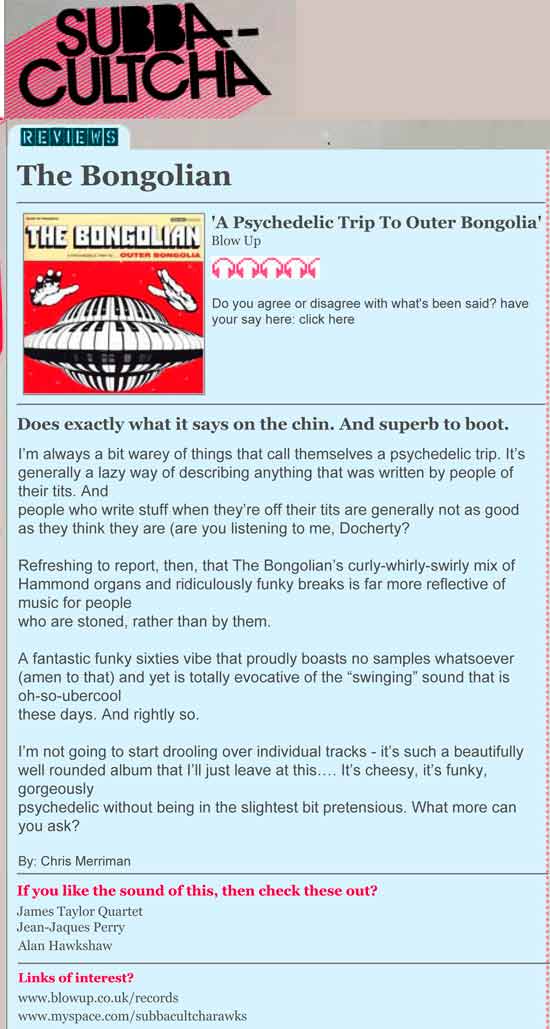 Does exactly what it says on the chin. And superb to boot. I’m always a bit warey of things that call themselves a psychedelic trip. It’s generally a lazy way of describing anything that was written by people of their tits. And people who write stuff when they’re off their tits are generally not as good as they think they are (are you listening to me, Docherty? Refreshing to report, then, that The Bongolian’s curly-whirly-swirly mix of Hammond organs and ridiculously funky breaks is far more reflective of music for people who are stoned, rather than by them. A fantastic funky sixties vibe that proudly boasts no samples whatsoever (amen to that) and yet is totally evocative of the ‘swinging’ sound that is oh-so-ubercool these days. And rightly so. I’m not going to start drooling over individual tracks – it’s such a beautifully well rounded album that I’ll just leave at this’. It’s cheesy, it’s funky, gorgeously psychedelic without being in the slightest bit pretensious. What more can you ask? 4.5 STARS