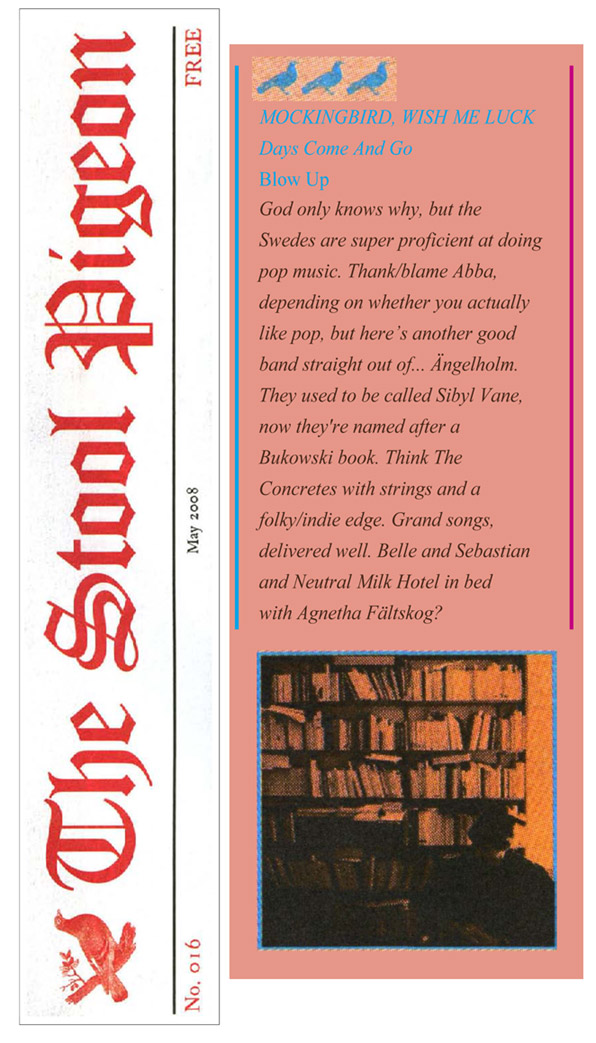 God only knows why, but the Swedes are super proficient at doing pop music. Thank/blame Abba, depending on whether you actually like pop, but here’s another good band straight out of… Ängelholm. They used to be called Sibyl Vane, now they’re named after a Bukowski book. Think The Concretes with strings and a folky/indie edge. Grand songs, delivered well. Belle and Sebastian and Neutral Milk Hotel in bed with Agnetha Föltskog?