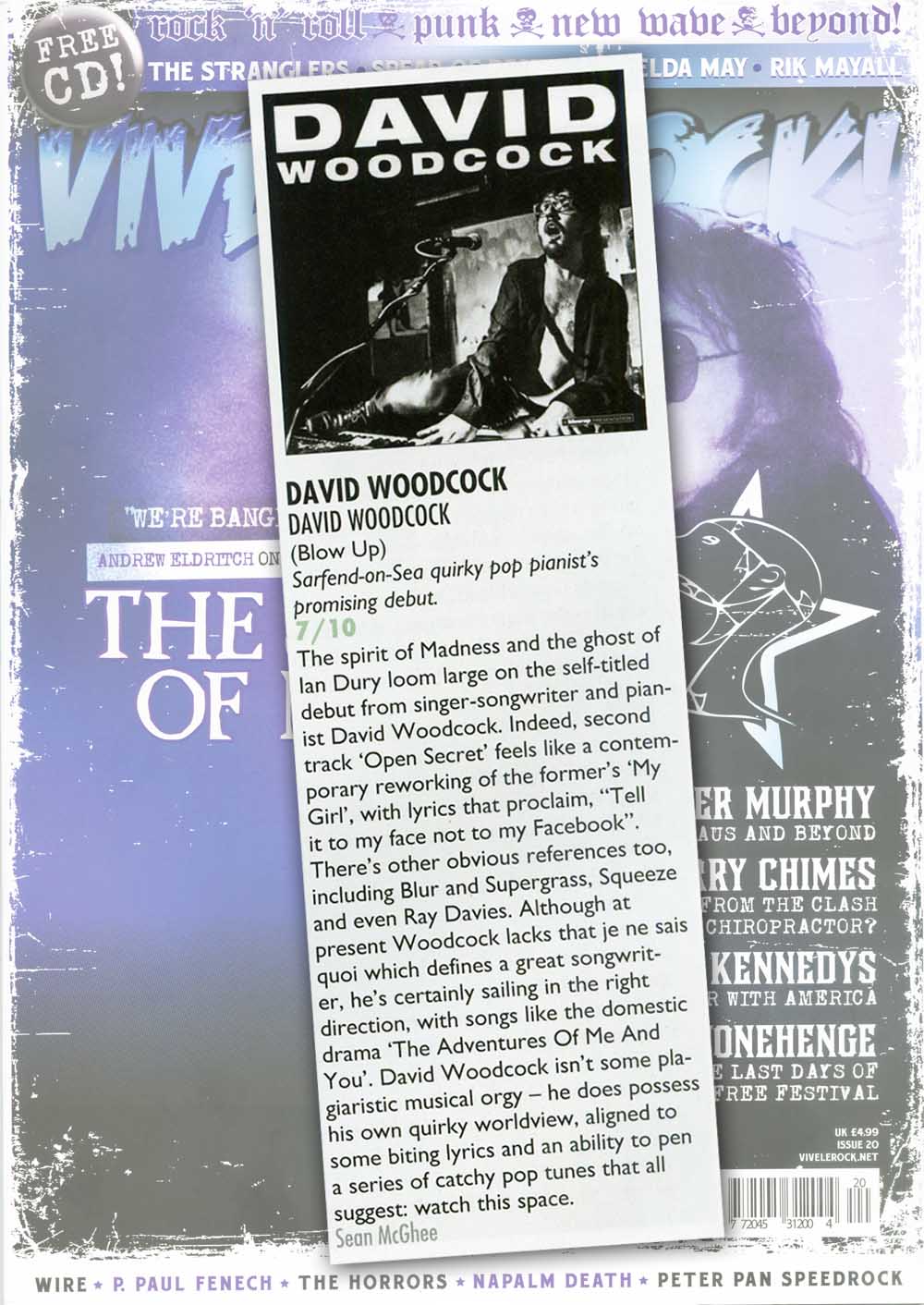 The spirit of Madness and the ghost of Ian Dury loom large on the self-titleddebut from singer-songwriter and pian-ist David Woodcock. Indeed, secondtrack ‘Open Secret’ feels like a contemporary reworking of the former’s ‘My Girl’, with lyrics that proclaim, ‘Tell it to my face not to my Facebook’. There’s other obvious references too,including Blur and Supergrass, Squeeze and even Ray Davies. Although at present Woodcock lacks that je ne sai squoi which defines a great songwrit-er, he’s certainly sailing in the right direction, with songs like the domestic drama ‘The Adventures Of Me And You’. David Woodcock isn’t some plagiaristic musical orgy – he does possess his own quirky world view, aligned to some biting lyrics and an ability to pena series of catchy pop tunes that all suggest: watch this space.