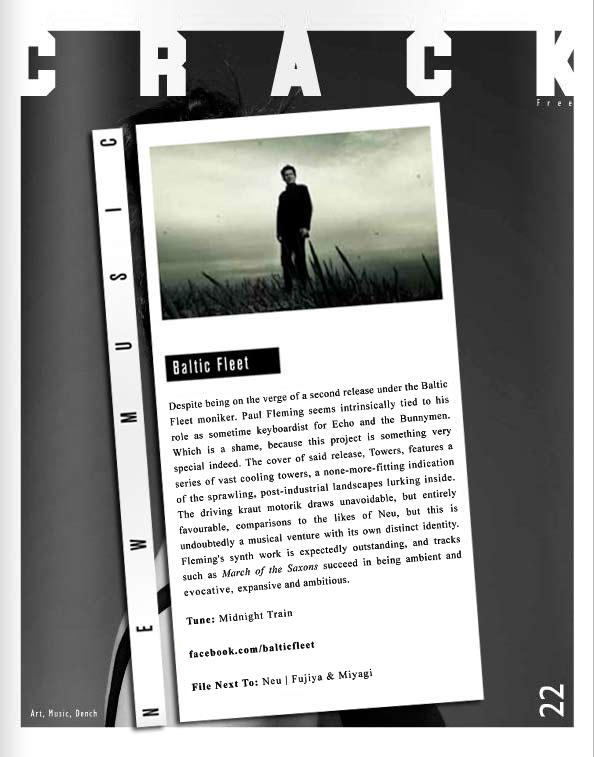 Despite being on the verge of a second release under the Baltic Fleet moniker. Paul Fleming seems intrinsically tied to his role as sometime keyboardist for Echo and the Bunnymen. Which is a shame, because this project is something very special indeed. The cover of said release, Towers, features a series of vast cooling towers, a none-more-fitting indication of the sprawling, post-industrial landscapes lurking inside.
The driving kraut motorik draws unavoidable, but entirely favourable, comparisons to the likes of Neu, but this is undoubtedly a musical venture with its own distinct identity.
Fleming’s synth work is expectedly outstanding, and tracks such as March of the Saxons succeed in being ambient and evocative, expansive and ambitious.

File Next To: Neu | Fujiya & Miyagi