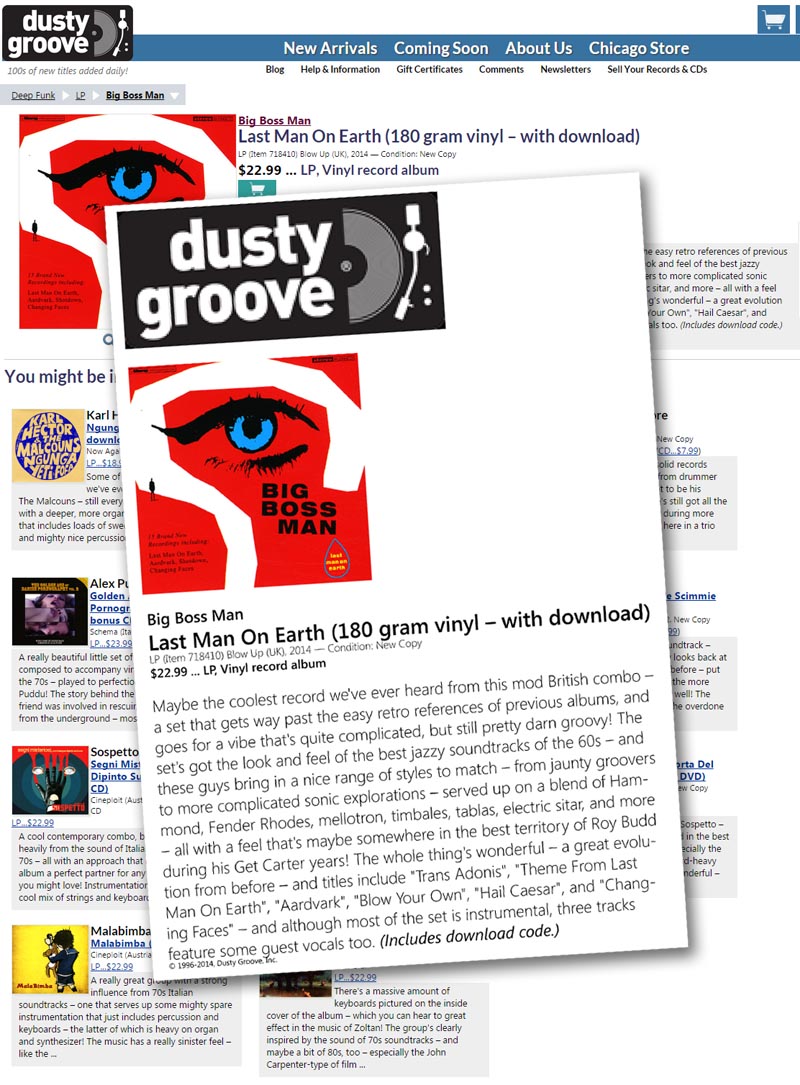 Maybe the coolest record we’ve ever heard from this mod British combo – a set that gets way past the easy retro references of previous albums, and goes for a vibe that’s quite complicated, but still pretty darn groovy! The set’s got the look and feel of the best jazzy soundtracks of the 60s – and these guys bring in a nice range of styles to match – from jaunty groovers to more complicated sonic explorations – served up on a blend of Hammond, Fender Rhodes, mellotron, timbales, tablas, electric sitar, and more – all with a feel that’s maybe somewhere in the best territory of Roy Budd during his Get Carter years! The whole thing’s wonderful – a great evolution from before – and titles include “Trans Adonis”, “Theme From Last Man On Earth”, “Aardvark”, “Blow Your Own”, “Hail Caesar”, and “Changing Faces” – and although most of the set is instrumental, three tracks feature some guest vocals too.