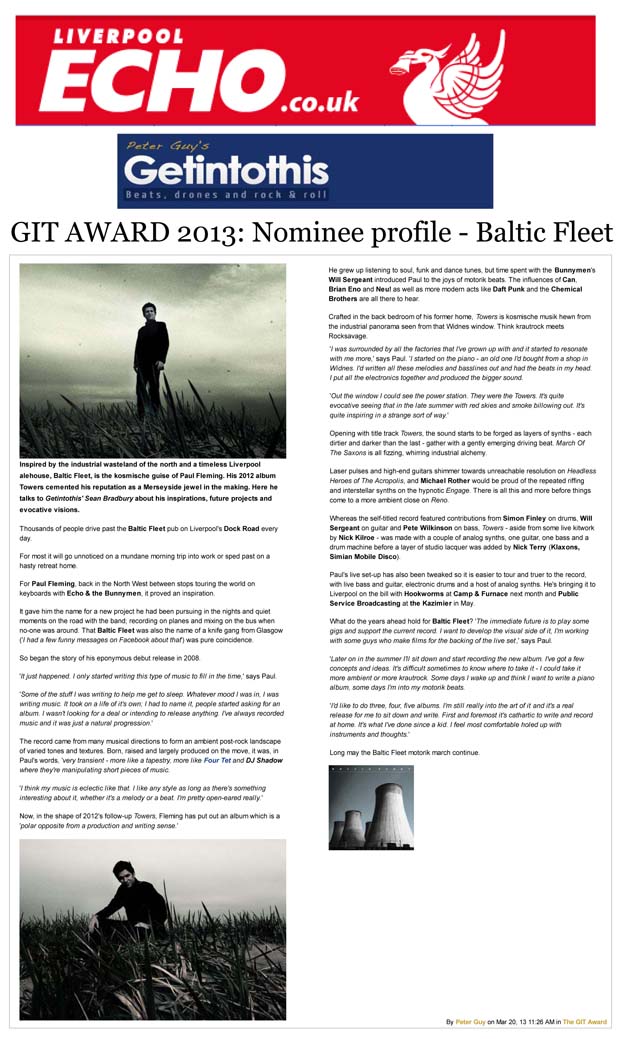 Media title : Liverpool Echo 'Get Into This'

GIT Award winner Baltic Fleet will play Yoko Ono‘s Meltdown on the opening night of the Festival on June 15.

Paul Fleming and his band will play Meltdown Future Sounds a celebration of the best new music at London’s Southbank Centre.

A statement on the Southbank Centre’s website read: ‘Yoko Ono has long been a supporter of new music, and this year’s Meltdown offers two new acts an opportunity to play the festival, including this year’s GIT award-winner, Baltic Fleet on Friday 14 June.’