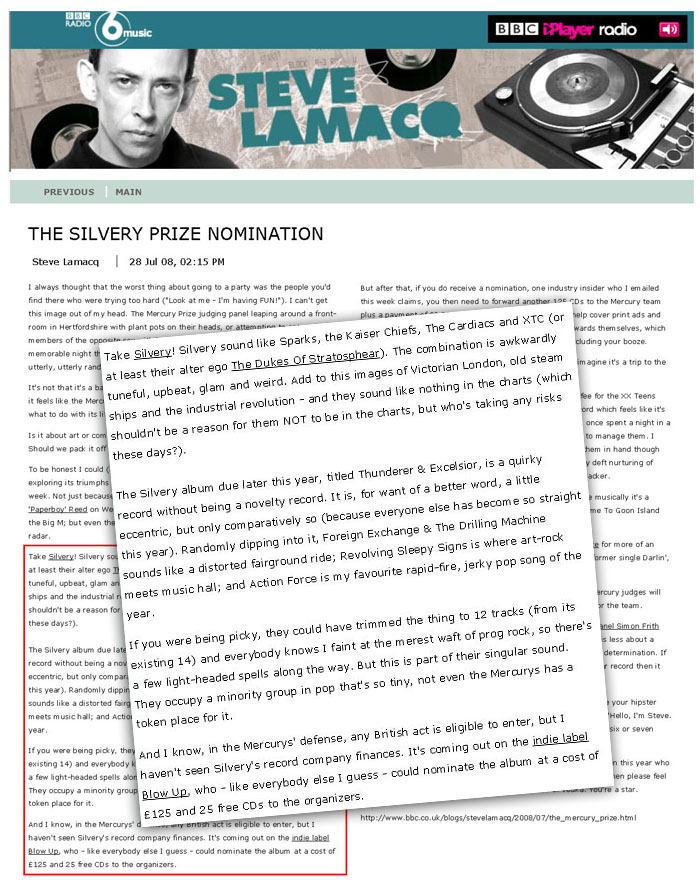 “Take Silvery! Silvery sound like Sparks, the Kaiser Chiefs, The Cardiacs and XTC (or at least their alter ego The Dukes Of Stratosphear). The combination is awkwardly tuneful, upbeat, glam and weird. Add to this images of Victorian London, old steam ships and the industrial revolution -and they sound like nothing in the charts (which shouldn’t be a reason for them NOT to be in the charts, but who’s taking any risks these days?). The Silvery album due later this year, titled Thunderer & Excelsior, is a quirky record without being a novelty record. It is, for want of a better word, a little eccentric, but only comparatively so (because everyone else has become so straight this year). Randomly dipping into it, Foreign Exchange & The Drilling Machine sounds like a distorted fairground ride; Revolving Sleepy Signs is where art-rock meets music hall; and Action Force is my favourite rapid-fire, jerky pop song of the year.”