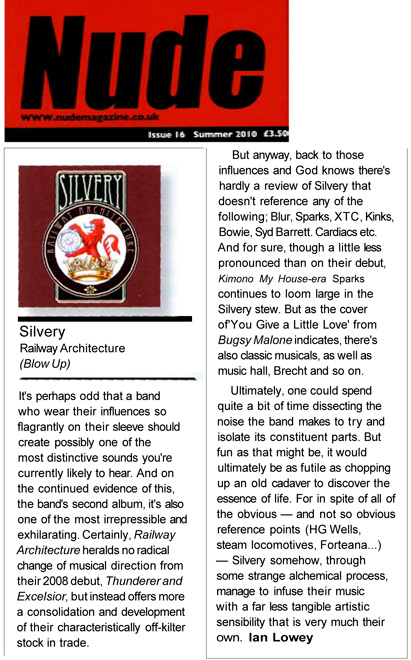 “It’s perhaps odd that a band who wear their influences so flagrantly on their sleeve should create possibly one of the most distinctive sounds you’re currently likely to hear. And on the continued evidence of this, the band’s second album, it’s also one of the most irrepressible and exhilarating. Certainly, Railway Architecture heralds no radical change of musical direction from their 2008 debut, Thunderer and Excelsior, but instead offers more a consolidation and development of their characteristically off-kilter stock in trade.