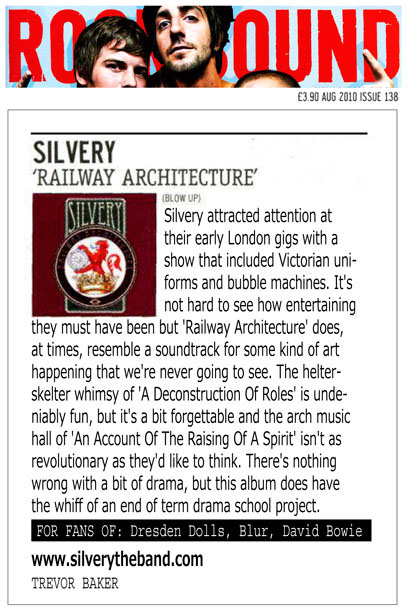 “Silvery attracted attention attheir early London gigs with ashow that included Victorian uni-forms and bubble machines. It’s not hard to see how entertaining they must have been but ‘Railway Architecture’ does,at times, resemble a soundtrack for some kind of art happening that we’re never going to see. The helterskelter whimsy of ‘A Deconstruction Of Roles’ is undeniably fun, but it’s a bit forgettable and the arch musichall of ‘An Account Of The Raising Of A Spirit’ isn’t asrevolutionary as they’d like to think. There’s nothingwrong with a bit of drama, but this album does have the whiff of an end of term drama school project.”