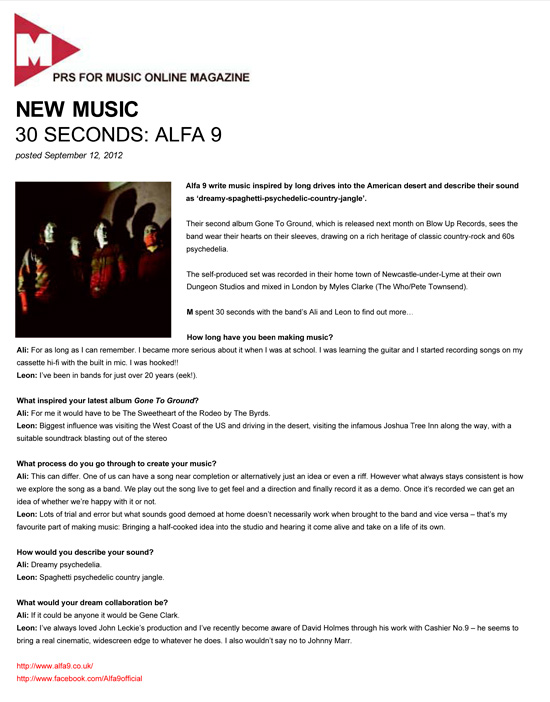 Alfa 9 write music inspired by long drives into the American desert and describe their sound as ‘dreamy-spaghetti-psychedelic-country-jangle’.

Their second album Gone To Ground, which is released next month on Blow Up Records, sees the band wear their hearts on their sleeves, drawing on a rich heritage of classic country-rock and 60s psychedelia.

The self-produced set was recorded in their home town of Newcastle-under-Lyme at their own Dungeon Studios and mixed in London by Myles Clarke (The Who/Pete Townsend).