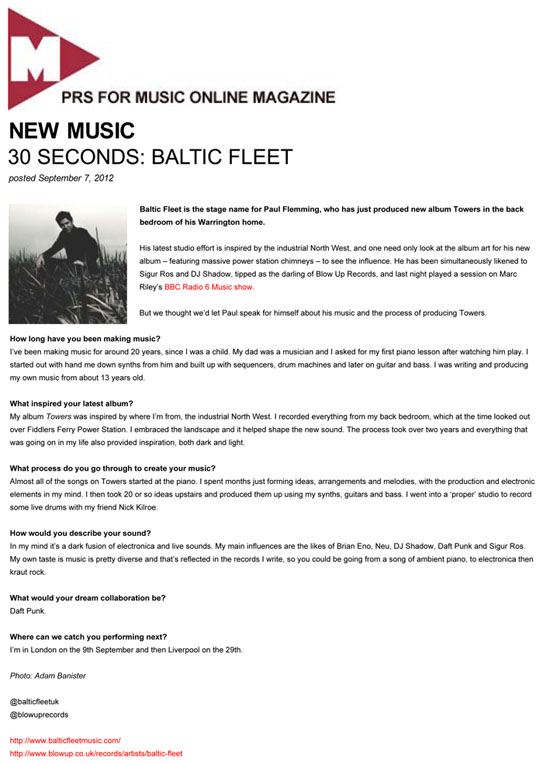 Baltic Fleet is the stage name for Paul Fleming, who has just produced new album Towers  in the back bedroom of his Warrington home.

His latest studio effort is inspired by the industrial North West, and one need only look at the album art for his new album – featuring massive power station chimneys – to see the influence. He has been simultaneously likened to Sigur Ros and DJ Shadow, tipped as the darling of Blow Up Records, and last night played a session on Marc Riley’s BBC Radio 6 Music show.