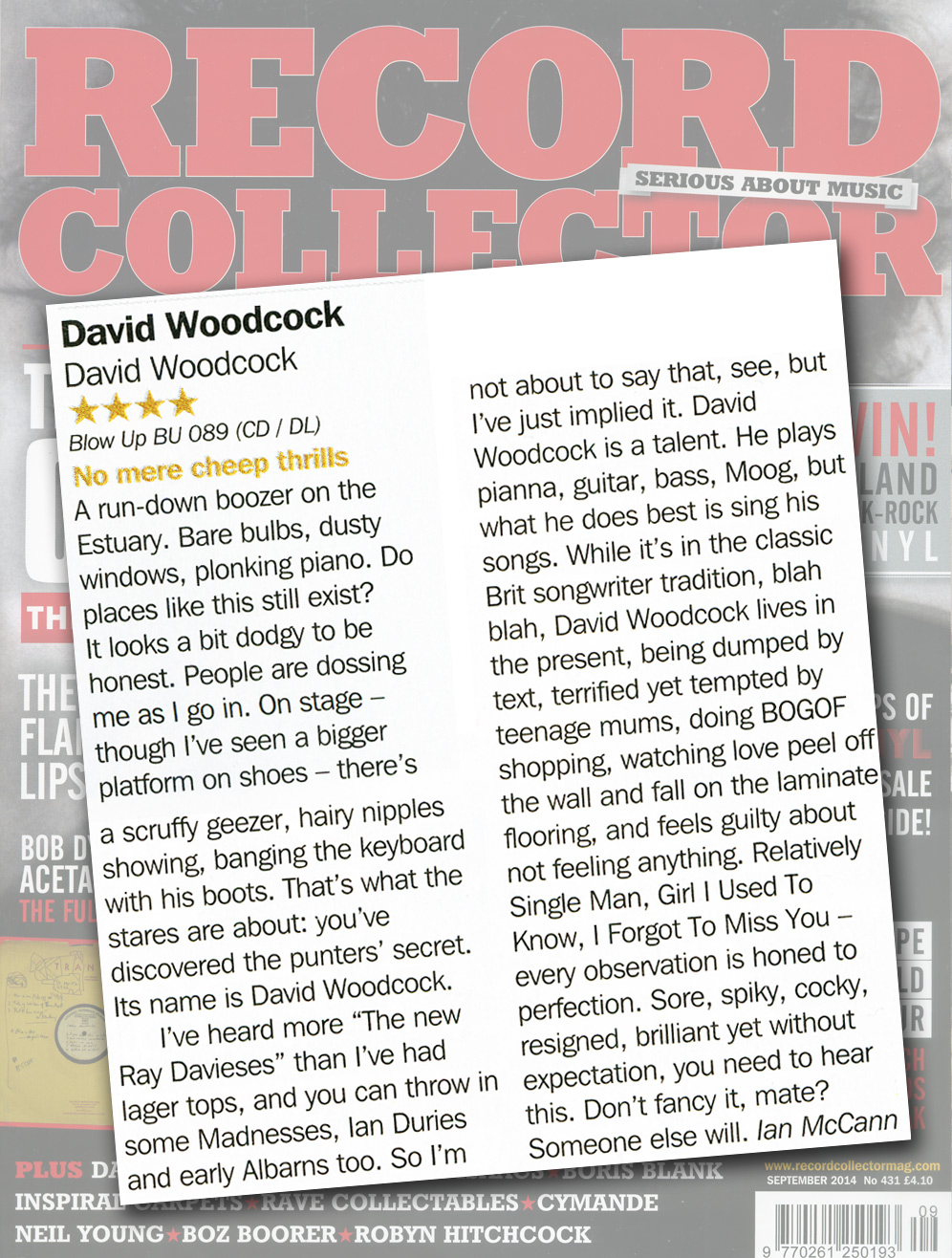 A run-down boozer on the Estuary. Bare bulbs, dusty windows, plonking piano. Do places like this still exist? It looks a bit dodgy to be honest. People are dossing me as I go in. On stage – though I’ve seen a bigger platform on shoes – there’s a scruffy geezer, hairy nipples showing, banging the keyboard with his boots. That’s what the stares are about: you’ve discovered the punters’ secret. Its name is David Woodcock.

I’ve heard more “The new Ray Davieses” than I’ve had lager tops, and you can throw in some Madnesses, Ian Duries and early Albarns too. So I’m not about to say that, see, but I’ve just implied it. David Woodcock is a talent. He plays pianna, guitar, bass, Moog, but what he does best is sing his songs. While it’s in the classic Brit songwriter tradition, blah blah, David Woodcock lives in the present, being dumped by text, terrified yet tempted by teenage mums, doing BOGOF shopping, watching love peel off the wall and fall on the laminate flooring, and feels guilty about not feeling anything. Relatively Single Man, Girl I Used To Know, I Forgot To Miss You – every observation is honed to perfection. Sore, spiky, cocky, resigned, brilliant yet without expectation, you need to hear this. Don’t fancy it, mate? Someone else will.