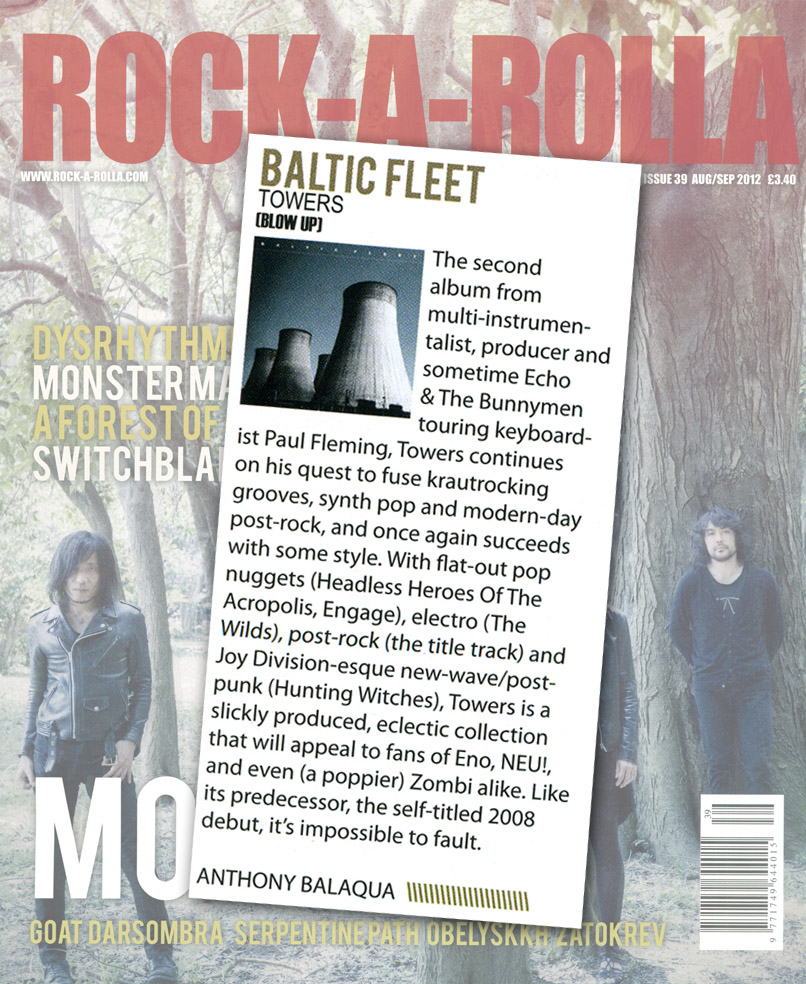 The second album from multi-instrumentalist, producer and sometime Echo
& The Bunnymen touring keyboardist Paul Fleming, Towers continues on his quest to fuse krautrocking grooves, synth pop and modern-day post-rock, and once again succeeds with some style. With flat-out pop nuggets (Headless Heroes Of The
Acropolis, Engage), electro (The Wilds), post-rock (the title track) and Joy Division-esque new-wave/postpunk (Hunting Witches), Towers is a slickly produced, eclectic collection that will appeal to fans of Eno, NEU!, and even (a poppier) Zombi alike. Like its predecessor, the self-titled 2008 debut, it’s impossible to fault.