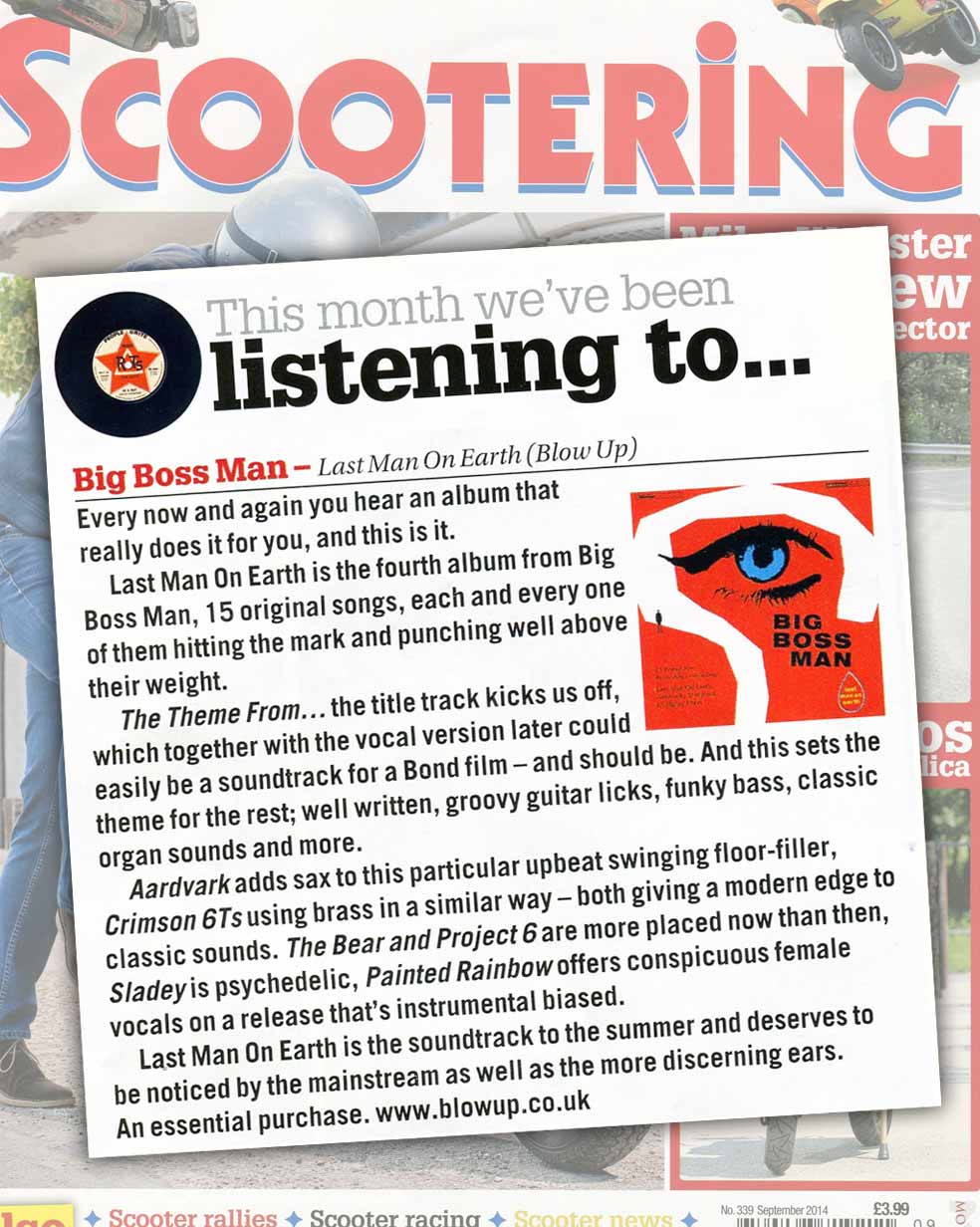 Every now and again you hear an album that really does it for you, and this is it.

Last Man On Earth is the fourth album from Big Boss Man, 15 original songs, each and every one of them hitting the mark and punching well above their weight.

The Theme From… the title track kicks us off, which together with the vocal version later could easily be a soundtrack for a Bond film – and should be. And this sets the theme for the rest; well written, groovy guitar licks, funky bass, classic organ sounds and more.

Aardvark adds sax to this particular upbeat swinging floor-filler, Crimson 6Ts using brass in a similar way- both giving a modern edge to classic sounds. The Bear and Project 6 are more placed now than then, Sladey is psychedelic, Painted Rainbow offers conspicuous female vocals on a release that’s instrumental biased.

Last Man On Earth is the soundtrack to the summer and deserves to be noticed by the mainstream as well as the more discerning ears. An essential purchase.