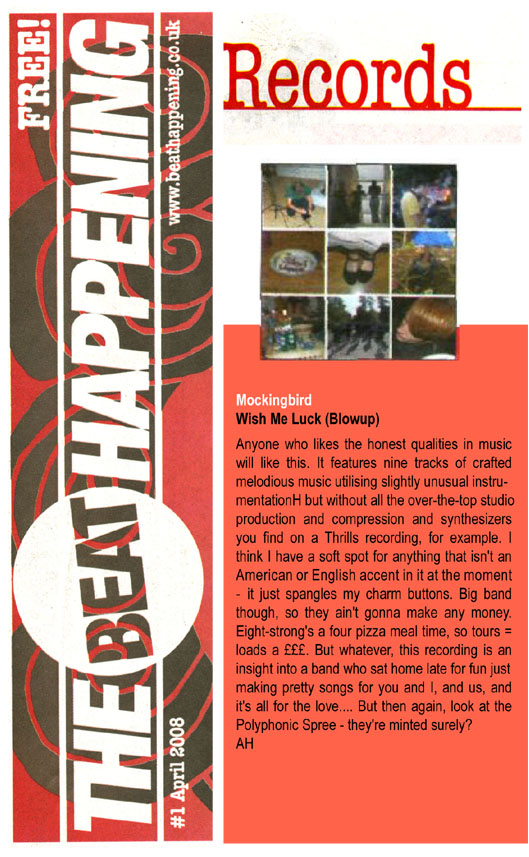 Anyone who likes the honest qualities in music will like this. It features nine tracks of crafted melodious music utilising slightly unusual instrumentationH but without all the over-the-top studio production and compression and synthesizers you find on a Thrills recording, for example. I think I have a soft spot for anything that isn’t an American or English accent in it at the moment – it just spangles my charm buttons. Big band though, so they ain’t gonna make any money. Eight-strong’s a four pizza meal time, so tours = loads a £££. But whatever, this recording is an insight into a band who sat home late for fun just making pretty songs for you and I, and us, and it’s all for the love…. But then again, look at the Polyphonic Spree – they’re minted surely?