The Times : Music Reviews: Baltic Fleet ‘The Dear One’ 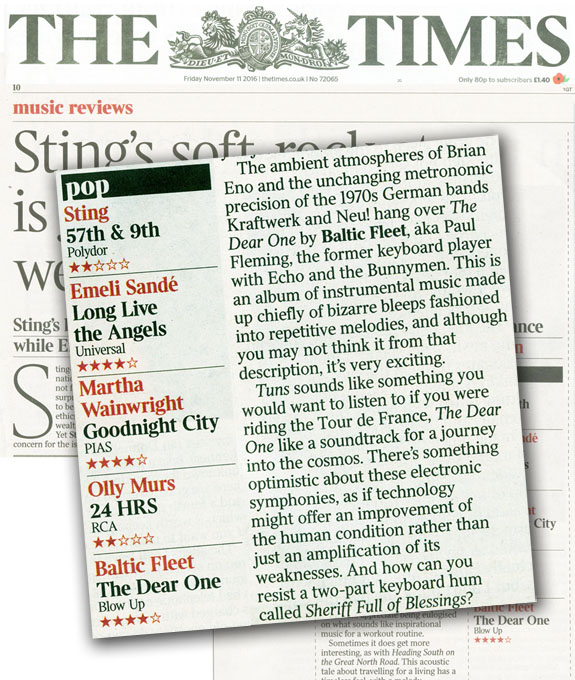 The ambient atmospheres of Brian Eno and the unchanging metronomic precision of the 1970s German bands Kraftwerk and Neu! hang over The Dear One by Baltic Fleet, aka Paul Fleming, the former keyboard player with Echo and the Bunnymen. This is an album of instrumental music made up chiefly of bizarre bleeps fashioned into repetitive melodies, and although you may not think it from that description, it’s very exciting.

Tuns sounds like something you would want to listen to if you were riding the Tour de France, The Dear One like a soundtrack for a journey into the cosmos. There’s something optimistic about these electronic symphonies, as if technology might offer an improvement of the human condition rather than just an amplification of its weaknesses. And how can you resist a two-part keyboard hum called Sheriff Full of Blessings?