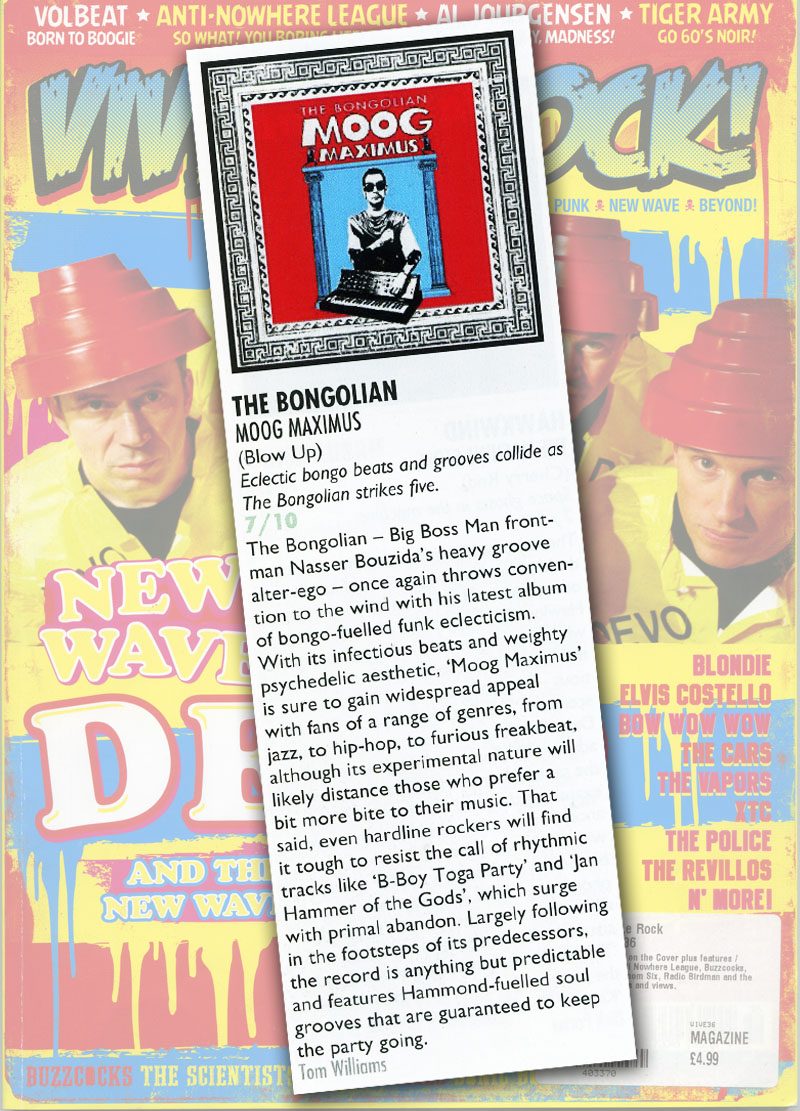 The Bongolian — Big Boss Man frontman Nasser Bouzida’s heavy groove alter-ego – once again throws convention to the wind with his latest album of bongo-fuelled funk eclecticism. With its infectious beats and weighty psychedelic aesthetic, ‘Moog Maximus’ is sure to gain widespread appeal with fans of a range of genres, from
jazz, to hip-hop, to furious freakbeat, although its experimental nature will
likely distance those who prefer a bit more bite to their music. That said, even hardline rockers will find it tough to resist the call of rhythmic tracks like ‘B-Boy Toga Party’ and ‘Jan Hammer of the Gods’, which surge with primal abandon. Largely following in the footsteps of its predecessors, the record is anything but predictable
and features Hammond-fuelled soul grooves that are guaranteed to keep the party going.