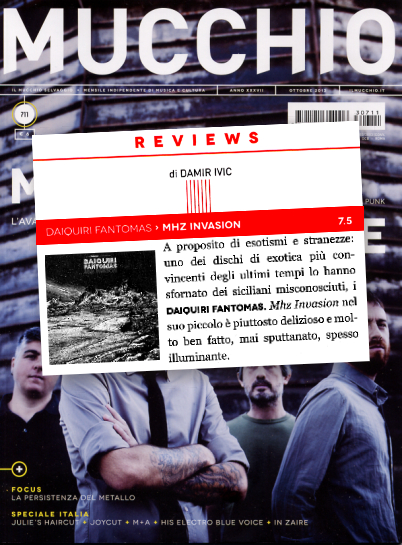 Speaking of eccentricities and quirky stuff: one of the most convincing examples of exotica as of late comes from a Sicilian duo, that no one’s (yet) heard about, called DAIQUIRI FANTOMAS. MHz Invasion, their debut album, is rather delightful, extremely well crafted, never cheap and often enlightening. 7.5/10