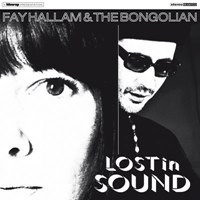 We’re pleased to announce that we now have 3 new additions to Blow Up Records‘ roster for 2012: Fay Hallam & The Bongolian (a new collaboration), singer-songwriter David Woodcock from Southend-on-Sea and Sicilian duo Daiquiri Fantomas. Plus, ‘Towers‘ the long-awaited follow up to Baltic Fleet‘s self-titled debut will be released this Summer, followed swiftly by the second album for Alfa 9 ‘Gone To Ground‘
head over to the BLOW UP BLOG to read more

FREE DOWNLOADS The first 2 singles for 2012 will be ‘Engage‘ from Baltic Fleet, and ‘Dancing‘ from Fay Hallam & The Bongolian which we’ll be giving away as free downloads for a limited time…
head over to the BLOW UP BLOG to read more