Silvery ‘The Nishikado E.P.’ with brand new tracks out now! 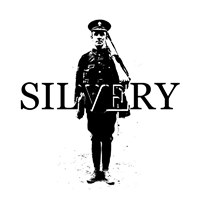 “Wow. Take a deep breath before you enter the crazy world of Silvery. An utterly exhilarating racket” Artrocker Recommends

“With wild synth riffs and vocals resembling David Bowie, Silvery suck you in to the unrestrained indie madness” Kruger