‘BALTIC FLEET’ – the debut album from Baltic Fleet out now 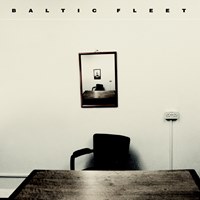 “Paul Flemming has delivered a faultless piece of instumental music that captures the spirit of Eno, NEU! all the way through to modern post rock and chamber music. The album swerves from haunting piano pieces ala donnie darko full of melancholy to driving upbeat kraut inspired propulsive grooves. This is getting heavy rotation in rough trade east and is one of our tips for the top in 2008” Rough Trade East

“This is just a great album – nothing that obviously sounds like anyone or anything else. Just a rather beautiful and rather recommended instrumental album.” The Organ

Album chosen for Rough Trade’s Album Club May 2008!
More info: thealbumclub.com (other albums for May include Crystal Castles and Foals).