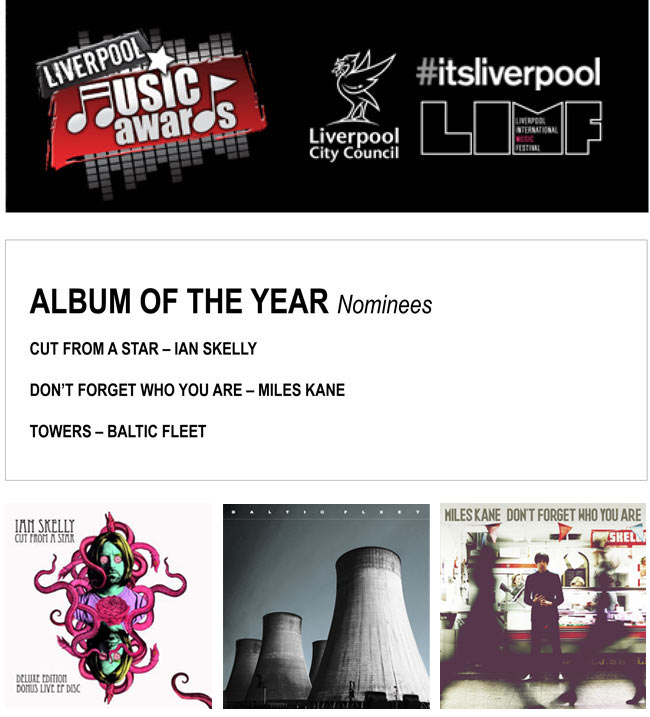 Congratulations to Baltic Fleet who’s ‘Towers‘ album on Blow Up Records was nominated last night for best album of the year at the Liverpool Music Awards alongside Miles Kane and Ian Skelly.

It’s open to a public vote, so register yours on the Liverpool Music Awards site before 25th August: liverpoolmusicawards.com/voting