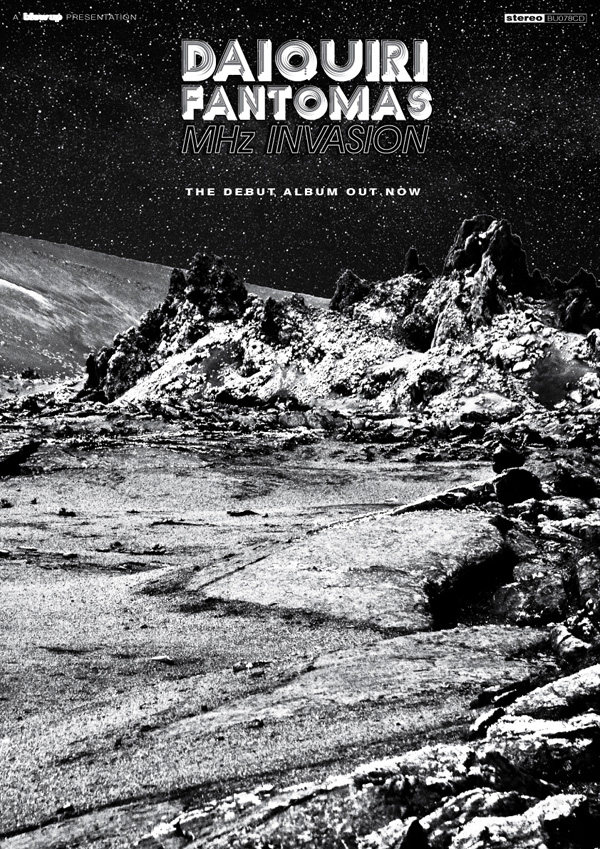 “A fascinating combination of sounds and ideas, drawing from the last half-century of electronic music”SHINDIG!

Get a taste of the music by watching the album trailer on on Daiquiri Fantomas’ website here or on YouTube here. The album is available from the Blow Up Shop & all good shops on CD includingPiccadilly Records, Rough Trade, Resident Records, Norman& Amazon and as a download/stream from Bandcamp, iTunes, Google Play, Spotify, Amazon MP3, eMusic, Rdio & more…

more album info / where to buy