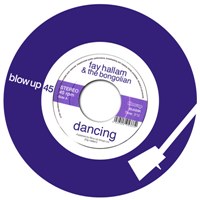 ‘Dancing‘ will be the first track to be taken from ‘Lost In Sound‘ the very first collaboration between Fay Hallam (Makin’ Time, The Prime Movers, Phaze) and Blow Up Records’ The Bongolian. Both share a serious passion for 60’s Hammond Beat and Soul. Due for release very shortly, the album covers a variety of styles: Bossa Nova, heavier 70’s grooves and a strong Northern Soul influence. Get ready to get Lost In Sound…

Head over to FayHallamAndTheBongolian.com to get your free download for a limited time.