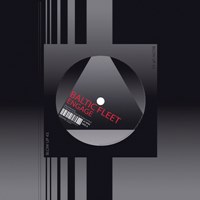 ‘Engage‘ is the 1st track to be taken from ‘Towers‘ the 2nd album from Baltic Fleet, due for released this Summer/Autumm and which follows his 2008 self-titled debut ‘Baltic Fleet‘ which was an Album of the Year (No 29) for Rough Trade Shops. Baltic Fleet is the moniker of multi-instrumentalist and DIY producer Paul Fleming, and the new album signifies a departure from the travelling and diarising of life on the road (whilst touring as keyboard player for Echo & The Bunnymen), and arrives home to the industrial backdrop of North West England. It’s a Motorik blast…

Get your free download for a limited time at BALTICFLEETMUSIC.COM