Guy Pedersen, double-bass player extraordinaire, born 1930 Fort-Philipe, France. Pedersen played with Henri Renaud, Sacha Distel and Jean-Loius Viale, amongst others, at the Tabou and Ringside clubs in 1950s Paris. He played in many bands working with Michel Legrand, Baden Powell, the Swingle Singers and Dexter Gordon to name but a few. He recorded extensively as a highly sought after session musician.

However, as his ‘Indian Pop Bass’ single for the Blow Up 45 Series and the credits for Exclusive Blend Volume 3 will testify, he was not just an extraordinary musician, but also an extremely accomplished composer. Indian Pop Bass was released orignally as a single in 1970 (pictured left), but with a different b-side (‘amour, delicies et contrebasse’). The Blow Up 45 Series issue features ‘Les Copains de la Basse’ as a b-side, which like the a-side, is taken from Exclusive Blend Volume 3. 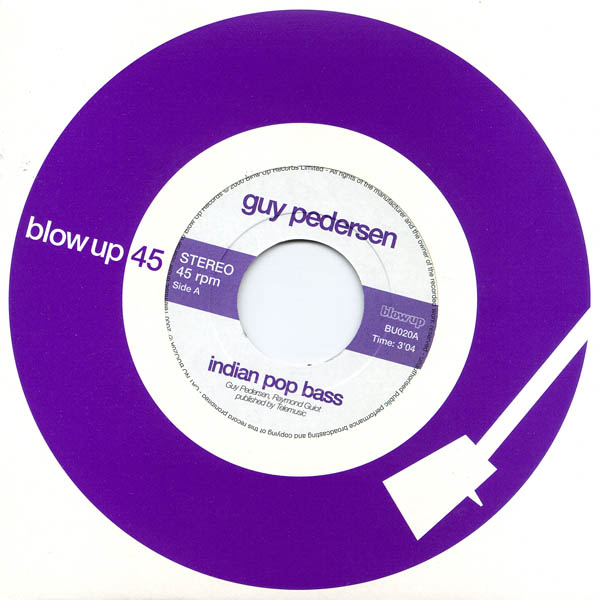