Noonday Underground was the much touted project by former Adventures In Stereo member, Simon Dine. He spent two years in Berlin tinkering with equipment, making the most of Eastern Bloc snippets and then piecing them together to form the album ‘Self-Assembly’ on M21 Records. His influences range from Stax soul and The Beatles to De La Soul and The Left Banke. The second track from this album, ‘London’ was included on the NME’s covermount CD, for their ‘Most Influential Bands In The World’ issue in December 2000, whilst in January’s Mojo Magazine, Paul Weller cites this album as one of the best he’s heard in 2000, and they have remixed his track ‘There’s No Drinking After Your Dead’.

Noonday’s offering on the Blow Up 45 Series is a double-a side featuring ‘Hello’, which is a remix of a track from the aforementioned album and the brand new track ‘The Light Brigade’, both featuring the strong soulful vocals of Daisy Martey. Since the release of this single, Noonday Underground has reissued ‘Self-Assembly’, this time including ‘The Light Brigade’ as well. 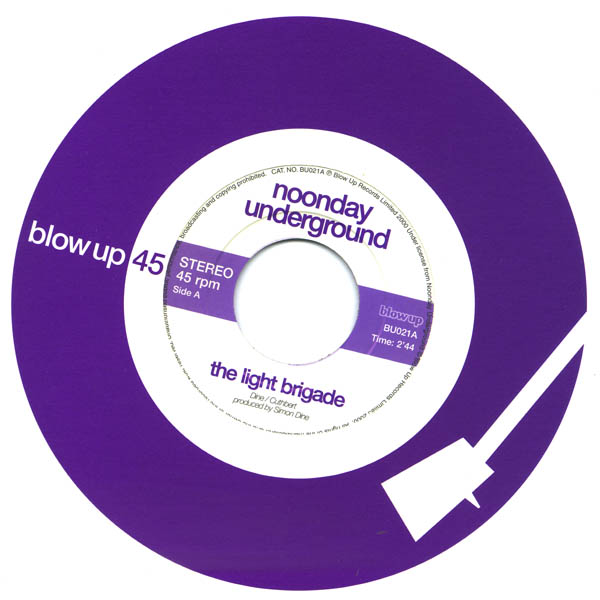