LISTEN TO The Rifles

The Rifles formed in January 2004 and it wasn’t long before a demo was recorded and the plaudits started coming in. One of the band’s first champions was Alan McGee who helped out The Rifles throughout 2004. Towards the end of 2004 Radio 1 and MTV’s Zane Lowe also heard the demo of ‘Peace And Quiet’ and immediately invited the band into the Radio 1 studios to record a session. This was broadcast in December and The Rifles have since been name checked by Zane as one of the bands for 2005.

Produced by Nick Addison and Graham Dominy, debut single ‘Peace And Quiet‘ looks set to take the band onto the next level, joining the list of great, British, debut singles – ‘White Riot’, ‘Supersonic’, ‘In The City’ – mixing a 2005 swagger with the working class hero zeal of The Jam and The Clash’s agitated outsider cool.

Having recently supported Graham Coxon along with Bloc Party at the former Blur guitarists’ request, The Rifles will be undertaking a fortnightly residency to tie in with this release at London’s Metro Club – the first band to be invited to do so since The Bravery. 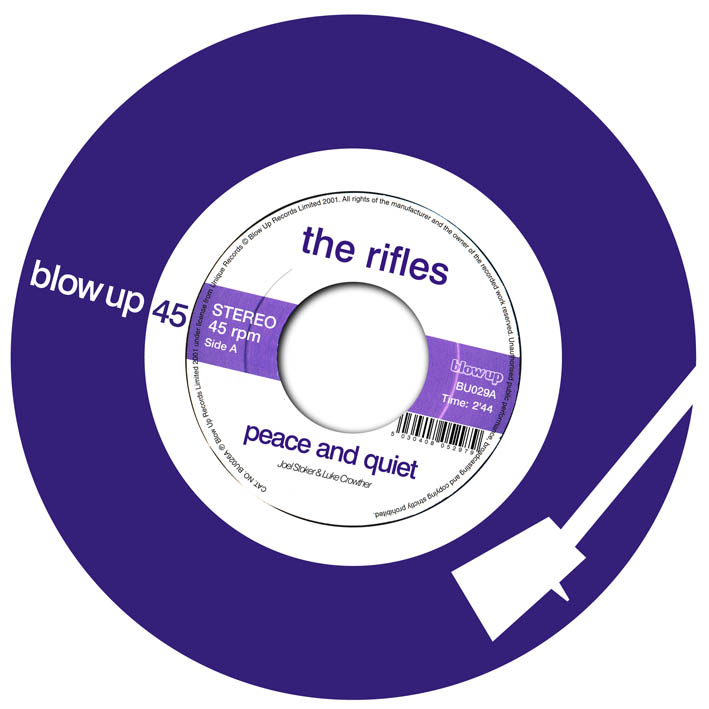