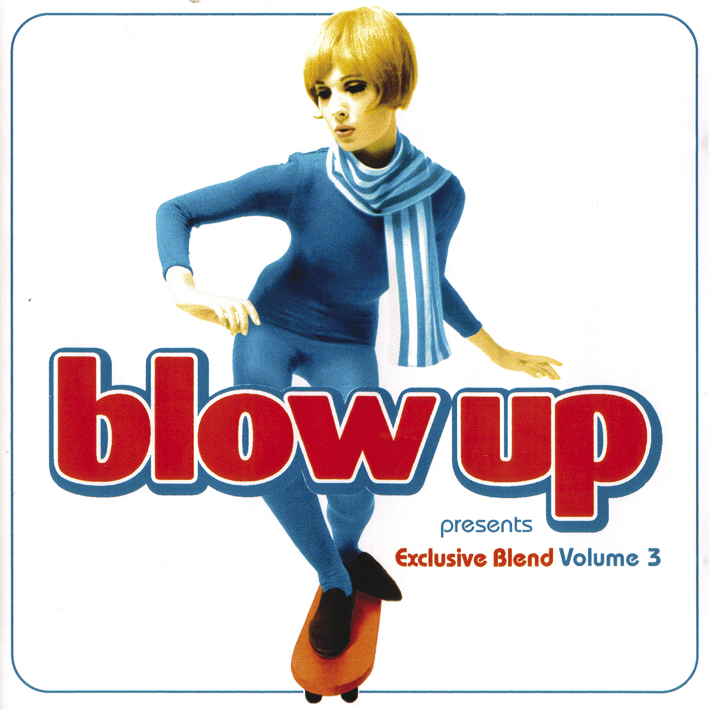 It was three years since the release of Exclusive Blend Volume 2, but it was worth the wait. If you own both Volumes 1 and 2, you will know they are both on different tips – Volume 1 is a more up-tempo pop flavour of hammond-driven dancefloor jazz, while Volume 2 is a little slower, with a slightly more sophisticated ‘soundtrack’ edge. Similarly, Volume 3 will try to introduce something a little different again. This sixteen track album, was compiled in Paris from the late 60’s and early 70’s vaults of France’s Telemusic Library, by Blow Up’s Paul Tunkin, . The album was preceded by a limited 7″ single (as part of the new ‘Blow Up 45 Series’) taken from the album – Guy Pedersen’s smokey sitar haze that is ‘ Indian Pop Bass.’

“So finally here we are at round three of the Exclusive Blend Series. It’s been a long time, well why the wait you may ask? Well after the success of the previous two volumes we’ve been sunning ourselves on distant shores, borrowing billionaire’s yachts in the Mediterranean finding it all just a little too damn hard to get heads down to some serious vault trawling for undiscovered musical gems. Ok, maybe forget about the sun, boating, and the money at that. Let’s just have the soundtrack to the high-life instead, it’s taken a long time but all the best things are worth waiting for.
Into the heart of Paris 1999, Le Gard du Nord via Eurostar straight over to Telemusic HQ for a two day search. French music library Telemusic issued its first recordings in 1968, which have covered a wealth of musical styles over the past few decades. The eclectic nature, as is common with most of the music libraries was to accomodate the varied requirements of essentially TV, Radio and Film synchronisation. My search was for recordings from the lare Sixties to the early Seventies, focusing on the dancefloor element of Telemusic’s Jazz and R’n’B recordings with some Gallic soundtrack vibes thrown in for good measure.

“Spookily esoteric dancefloor grooves. ... including Seven weird and wonderful mood mosaics by Guy Pedersen and his solo masterpiece, the mesmeric Bass In Love, which exudes hauntingly eerie melodrama redolent of a Giallo score by Morricone”

“Exclusive Blend Vol. 3 creates the ideal atmosphere for a more refined soirée with its swinging collection of jazz, easy listening and funk”

“Blow Up! The London cottage industry that pretty much kick-started the Euro-Library movement, back again with an airing of material from France's Telemusic. C'est juste!”