DEADMAN is the follow up to Alfa 9’s debut single ‘For Your Bones’ which received support including Steve Lamacq on Radio 1 and Janice Long on Radio 2 who liked the band so much she booked them in for a session. It was taken from their debut album Then We Begin, which was recorded in The Charlatans’ Big Mushroom Studio in Cheshire with Liverpool producer Mike Cave (The Charlatans, The Coral, Ian McCulloch). Alfa 9 supported The Charlatans at an intimate Xfm Manchester ‘home-coming’ gig, and were introduced on stage by Clint Boon as “the best new band in Britain”, and Clint has already played the full-length version of ‘Deadman’ on his radio show, and the single went on to be playlisted by Xfm Manchester.

Released in Autumn 2007, ‘Outer Bongolia’ is the third album from Nasser Bouzida a.k.a ‘The Bongolian‘. This is Nasser in his element as he embarks on a psychedelic musical trip to the outer regions of the Funk galaxy, taking in spaced-out heavy Bongo rhythms and Latin Soul along the way – all 100% Original Dancefloor Rhythms (no samples).

Instruments featured include the Hammond Organ, Bongos, Synthesisers, Vibes. Written, arranged, performed and produced entirely by Nasser at his Ramshackle Studios, the album was mixed by Nick Terry (Klaxons, SMD) at The Premises in Hackney, London.

The 2002 self-titled album debut from The Bongolian. A record box essential for any DJ which since its release has found a wide appeal from Dance and Hip-Hop to rare groove and funk and 60’s dancefloor fans. Containing the sort after 45 ‘Bongohead’ and other tracks which are still live favourites at The Bongolian live shows. Unavailable on LP for several years, but now back in stock by popular demand.

Nasser Bouzida AKA The Bongolian, is the main man from the group from another Blow Up artist Big Boss Man This is Nasser in his element, taking us on a musical journey of dirty bongo driven Funk and spaced-out Latin Soul.

The album was written, arranged, performed and produced entirely by Nasser at his home studio, where he recorded on analogue 8 track in down time from working with Big Boss Man. On hearing the recordings Paul Tunkin agreed to release the recordings on Blow Up and suggested The Bongolian as a name for the then untitled project. Tracks were subsequently mixed on a 1970’s Raindirk Desk and transferred to 24 track tape in Willesden by Nick Terry. The album was mastered by Simon Heyworth at Sanctuary. With Simon and Paul editing and sequencing the final mastered tracks into the finish release. 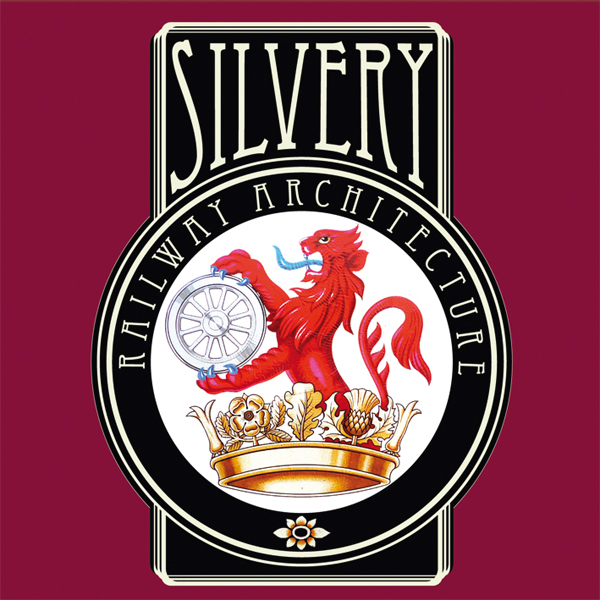 Railway Architecture, the essential 2nd album from London artrockers Silvery. Their 2008 debut Thunderer & Excelsior was an Artrocker Album of The Year (No.19), and their unique blend of English eccentricity won them fans across the board from Steve Lamacq, Gary Crowley, Marc Riley, Mark Lamarr and David Quantick. The album received strong radio support including sessions for BBC Radio 1 and BBC 6 Music as well as a various other radio accolades (see radio below). The band were invited to play at Rough Trade East’s 1st Birthday, Amsterdam’s annual London Calling festival and as guests of British Sea Power at their “Sing Ye From The Hillsides” Tan Hill Festival and also on their late 2009 tour.

The success of Thunderer And Excelsior fuelled Silvery to continue their creative brainstorming, and Railway Architecture which sees bands singer/songwriter James Orman continuing his journey into the very English and eccentric world of the mad, bizarre and absurd. With a doff of a stove pipe hat to Blur, Bowie, XTC and Sparks, their sound is an eclectic but commercial proposition. Railway Architecture expertly blends post-punk, Britpop (for want of a better word), music hall and 60’s pop into this year’s most exciting release yet, having already caught the attention of BBC 6 Music’s Steve Lamacq with a nomination for his Rebel Playlist for first album single ‘the Naked & The Dead’

Released in 2005 ‘Winner’ was the long-awaited follow-up to Big Boss Man‘s 2001 debut ‘Humanize’. Winner continues the trip through 60’s Funk and Heavy Hammond Organ grooves, along the way taking in Bongo/Fuzz in ‘Everybody Boogaloo’, Latin Soul in ‘Complicated Lady’, French Beat in ‘Tu As Gaché Mon Talent Ma Cherie’, Floor-fillers such as ‘Kelvin Stardust’ Boogaloo in, er, ‘Boogaloo’.The album was produced by the band and Morgan Nicholls (The Streets / Muse / Gorillaz). Morgan the son of Immediate Records’ in-house songwriter Billy Nicholls, had a ready supply of 60’s instruments in the studio that were fully utilised, being choc-full of groovy stuff to add to the BBM session: The Who’s Hammond was heavily featured as was Steve Marriott’s first guitar, with Clavis and Wurlitzer all being added to the recordings.

Since its release, tracks from Winner have featured on several European and US compilations, whilst Kelvin Stardust was recently extensively used for a Renault ‘Fluence’ music placement whilst also featuring in an episode of hit US series Ugly Betty. The band extensively toured around Europe around the release, proving a bit hit in Spain, Italy, France and Russia in particular.

‘Bongos For Beatniks’ sees the welcome return of The Bongolian, AKA multi-instrumentalist and Big Boss Man front man Nasser Bouzida. His fourth album under The Bongolian moniker continues the musical journey where 2007’s Outer Bongolia left off, bringing us back down to Earth possibly via France circa 1967 via 2011, in a wildly eclectic rare groove fusion of Funk Soul Hammond Beat Jazz and a Sci-Fi Boogaloo. Dig it.

The first single to be taken to radio from the album ‘The Riviera Affair‘ (Feburary 2011) was featured on BBC 6 Music Nemone’s Lunchtime Loves where Nemone interviewed Nasser before the sell-out Blow Up HMV Next Big Thing concert that evening. Receiving other radio support from Gideon Coe and Craig Charles also at BBC 6 Music, and proving a strong favourite with club DJ’s around the UK.  The track was also featured as a Sky Sports Soccer AM track of the week.  The second single ‘Give It To Me (On The Left Side)‘ the furiously paced bongo-crazed Hammond happening also received good radio play ahead of the album release, both singles along with many album tracks are proving strong favourites on the Blow Up club dance floor.

Over a decade ago Nasser Bouzida disappeared into his studio and created a solo set of recordings which resulted in the birth of his alter ego The Bongolian. Drawing on his influences of Funk, Soul and Jazz, Nasser produced an inspired selection of recordings underpinned by grinding percussion and heavy Bongo rhythms.  The eponymous debut ‘The Bongolian‘ was released early in 2002 to much critical acclaim, and was followed by the albums ‘Blueprint‘ (2005)  and by ‘Outer Bongolia‘ (2007) which also scored a licensing deal with KSR Records in Japan. The albums have become record box essentials for DJs, finding a wide appeal from Dance, Hip-Hop, rare groove and funk 45s fans.  Nasser has assembled a high calibre five piece live band to take The Bongolian on the road, where they have toured USA, UK and Europe. Whilst the recordings are still a solo affair still being created by himself in the studio.

In 2012, the debut album from Fay Hallam & The Bongolian ‘Lost In Sound‘ was released on Blow Up Records. A collaboration between the two artists, with Nasser Recording,  performing and arranging alongside Fay Hallam who wrote the albums songs. 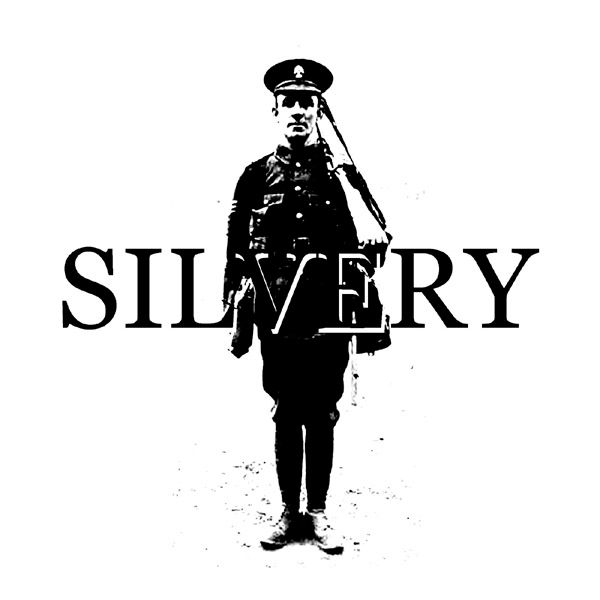 Neon Plastix release their long awaited Debut LP “Awesome Moves” after taking what seems like one hell of a siesta. From Doncaster, Neon Plastix have achieved a cult following both in the UK, Europe and USA, despite having only released 2 singles to date (Neon Invasion/Prick Tease, On Fire/Dream), even securing deals with E.A Games ‘Need For Speed’ and Sony Eriksson for use of their music. Neon Plastix have played multitudes of dates across Europe, including a spot at Glastonbury. After they declared an inevitable hiatus whilst some members finished college courses and such, the band have woke up and rubbed their eyes, dusted themselves down and are ready to release their debut album “Awesome Moves”

Neon Plastix look a little more like a band made up from children’s photo-fit illustrations rather than the next cool kids on the block, and they certainly don’t stray too far with their Manifesto. Spending more time writing happy accidents than leaning on walls, chewing gum all slack jawed, name dropping every cool band that’s dead and gone as an influence. These guys don’t seem to “do” serious, they’ve even been known to take exercise equipment on stage with them asking random people in the audience to get up and work out mid performance. “It should all be about having fun, we’re not the type of band who can deliver thoughtful and profound messages, we’re just about grabbing hold of a few minutes here and there and having as much fun with what you have”

Big Boss Man released their third album ‘Full English Beat Breakfast‘ in September 2009. Recorded by the band at their Ramshackle studio and mixed by Nick Terry (Klaxons, SMD) at Studio 2 at The Premises, Hackney, London.

Making good use of their extensive collection of vintage (and temperamental) gear for Full English Beat Breakfast. Head honcho Nasser (a.k.a the Bongolian) plays mini-VIP, Farfisa and Hammond organs, Wurlitzer piano, Moog synths and drums and percussion. Whilst driving fuzz guitar and bass beat is provided by bassman Scott Milsom “the Hawk” and guitarist Trev Harding. The band once again created a superb spaced-out selection of prime 60’s inspired dance floor tracks: Northern Soul vibes with ‘Black Eye‘, garage sounds with ‘The Bloater‘, Boogaloo with ‘Pies and Pastiche‘ and even samba with ‘Full Brazilian‘. 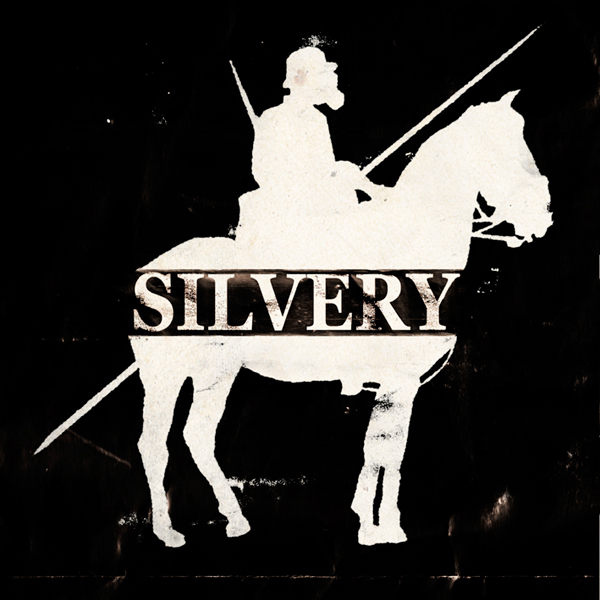